Within the malaria biotechnology group the recombinant production of proteins is vitally import. Besides working with endogenous malaria proteins the malaria group produces highly purified recombinant proteins. The ‘ÄKTA pure’, a chromatography system (picture on the left) allows us fast purification of proteins and the separation of proteins by charge or size (picture on the right, peak shows the protein fraction of the active tetrameric form, 3D-structure on the right from Satchell et al., 2005). Inter alia, the proteins were applied for protein-protein interaction studies and enzyme assays within the projects described in the Malaria Biotechnology group. 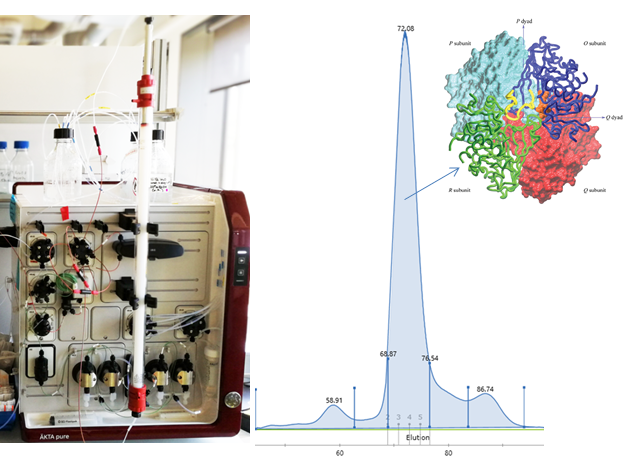